Welcome to my training report for the two weeks covering Christmas and New Year, commencing 22nd December 2014. Part of a series of weekly reports, briefly summarising my training during that week and plans for the following week. You will find the vast majority of my workouts published through my Strava, Runkeeper and Movescount accounts. Where applicable I have provided direct links to specific workouts on Strava below, should you wish to see more detail on them. OK so lets get into it…

I have been a bit slack and missed posting last weeks report, instead deciding to combine the two weeks over Christmas and New Year into a single report.  This is a report of two halves.  The Christmas week was better than expected volume wise, with a number of enjoyable runs.  The New Year week included a new PB at the 10km race distance but I then succumbed to a cold and minor chest infection immediately after and while I managed to squeeze one run it, its been a case of rest and recovery ahead of next weeks big block of training. 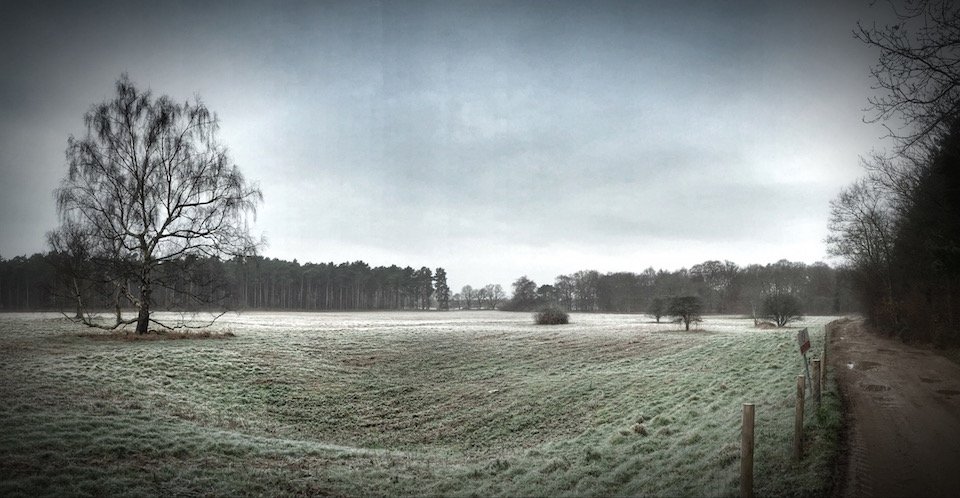 So here is a full break down of the fortnight: 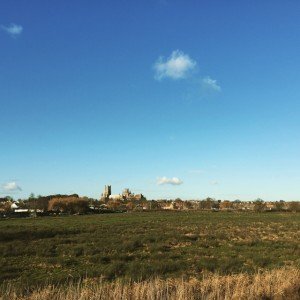 Day off to eat food and be merry! 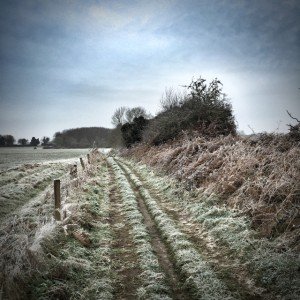 Trail run, Norfolk [suquote]Trail run of three parts. The first a nice easy out and back run with my beautiful wife. I then headed out on my own to join Peddars Way and run back towards Saham. Being pushed for time I cut it short and turned the last 4km into a progressive run, finishing hard. Felt good, am ready for second family Christmas lunch now. 0 °C, WC: -2 °C, 7km/h SW, 100%[/suquote]

Day off travelling home after Christmas celebrations with family

False start tempo run, Ely [suquote]Heading out for ten mile tempo session but canned it due to patchy ice. Tried a different set of shoes but still no good, so shelved for a bit and will try again later in the day. 1 °C, WC: -2 °C, 11km/h N, 82%[/suquote]

Take two tempo run (8.5), Ely [suquote]Warmed up a bit and headed out for a second attempt at this mornings tempo session. Still some ice around but much easier under foot. 2km warm-up and then 8.5km tempo with Coveney Hill in the middle for good measure. Felt great and comfortably held 4:20km pace. Easy 5+km back but still felt good and when realised I was on for close to 1:10 for ten miles pushed again at the end. Missed out by 30 seconds but really chuffed. Considering chronic lack of speed work this year and pleased to be able to smash my last structured run workout of 2014 out of the park (for me at least!). Now rest and recovery ready for final run of the year, NYE 10km. 6 °C, WC: 4 °C, 7km/h NNW, 64%[/suquote]

Rest ahead of race on New Years Eve

Warm-up run, Ely
Decided to run out to NYE 10km race, both to act as a warm up and also to get some extra miles in. Legs felt heavy for first 2km after Sunday’s efforts but eased as we got closer to Downham. Great sighter for both conditions under foot and also what to wear in race. Probably arrived a little too early but stayed warm in the hall 0 °C, WC: -3 °C, 11km/h SSW, 94%

Ely New Years Eve 10km Race
Final race of the year at the Ely Runners NYE 10km. Icy start meant I opted for trail shoes rather than racing flats, figuring grip would be better than speed. In the end I could have got away with it but better to be safe than sorry. Aim was to run a sub 42 min race, which would be nearly a 3 min PB but definitely a time I should be able to achieve – my other two 10km races I screwed my pacing up. As usual the first 2km was extremely quick, due to downhill, crowds and adrenaline of start. Once out in The Fens I settled into 4:10-4:15 pace bang on schedule. Held this through Pymoor and upped the effort on the return leg to counter the head wind. Held back on hill and pushed hard from the top for the final mile. Unlike previous races I didn’t have loads in the tank showing I had pacing spot on. Nobody passed me after around 4km and was pulling people in throughout the race which felt good. Icy final 200m made it a little interesting but pleased to cross the line in 41:20 a new PB by over 3:30. Turns out a club mate was only seconds up the road, so wished I’d pushed harder in the end 😉
Read my full race report for further details on how I approached the race and ran a new 10km PB.
Cool down run, Ely
Run home after blasting a 3:30 PB at 10km. Nice easy pace, clearing the legs of lactate and getting some final miles in for 2014. Felt tired and hungry when finally got home but very pleased with the pace I managed to hold considering the previous two runs

Tired and also starting to feel a little under the weather, so decided to rest

Travel to stay with friends but also feeling quite chesty, so again rested

Chesty run, Devon
First run of the new year, stuffed full of cold and feeling quite chesty. First 5km out with Mrs T doing a run walk as part of her training. Then headed back out for own 5 miles. Felt hard work, probably a combination of lack of sleep in recent nights and own cold. Still nice to be kicking off 2015 with a run in Devon. 11 °C, 22km/h NW, 94%

3 hours and 12 minutes of training, with a TSS of 289.9 and total distance of 36km, entirely taken up by run sessions.

This week should have been my largest week run volume wise before I start my taper into the Peddars Way Ultra marathon at the end of the month.  However I enter the week with a lingering cold/chest infection, so its going to be a case of suck it and see how my body reacts, not pushing it too hard and allowing my body to recover.

My major aim is still to do a series of back to back double run days, running over 50 miles in a 36-48 hour period next weekend.  I will also avoid swimming until the chest is clear, so am already slipping on one of my goals for 2015.