Welcome to my training report for week commencing 5th January 2015. Part of a series of weekly reports, briefly summarising my training during that week and plans for the following week. You will find the vast majority of my workouts published through my Strava, Runkeeper and Movescount accounts. Where applicable I have provided direct links to specific workouts on Strava below, should you wish to see more detail on them. OK so lets get into it…

What a week!  It started slowly, really slowly, with a minor chest infection taking hold and stopping training in its tracks.  It wasn’t anything major, just enough to get the alarm bells ringing and concern me that I wouldn’t be able to hit my main objective for the week, mainly my series of back to back runs at the weekend.

For my first ultra I took a similar approach to complete my final block of training ahead of the race.  The idea is to combine a couple of double run days to produce an accumulative mileage slightly greater than race distance.   As I managed to finish 7th in that race, I decided to take the same approach this time, all be it completing this three weeks out from the race to allow more time for recovery.

As my next race will be close to 50 miles, I decided to add an additional run in and set a target of 90km.  However at the beginning of the week it was questionable whether I would be able to start.  I avoided the pool, as water always tends to make these things worse and didn’t run a mile.  I did a couple of easy sessions on the turbo to keep the legs ticking over and also test out my lungs.

Things slowly improved and by Friday I felt like I could run, so I set off on my first of 5 runs.  Needless to say it all came together and 50 hours later I was completing my fifth run with a total run mileage of 90.3km for the 5 runs.

So what started badly finished well, here is how the week broke down.

Feeling rough and a lot of travelling, so only managed a quick 10 minute core and flexibility session.

Still feeling ropey so sacked the planned run for an hours endurance spin on the bike to keep the legs fresh. Not much more to say really.

Feeling better but still not quite up to running so hit a 60 min sweet spot session on the turbo followed by an easy spin. Legs and lungs felt good so maybe, just maybe, I may be able to get my runs in this weekend after all. 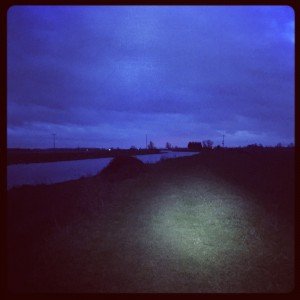 First run back and first if 5 planned back to back runs, with two double run days, as final build for ultra at the end of the month. This one was really a sighter run, to see how my chest reacted to running. Brutal head winds on the way out along the river bank really slowed the pace. Hoped for improvement with tail wind on the way home but was confronted by deep mud. So much so that sugar levels were really low in final 3-4km due to the effort required. Managed to keep running home to food and recovery. See how body and chest reacts this evening and if ok then back out for more early tomorrow morning. 11 °C, 30km/h SW, 77%

Run 2 of the weekend in the bag and through the first marathon. Another totally brutal run with the gales and mud. Wind so strong at points on the outbound leg that it was easier to walk, pace ridiculously slow through the run, when it wasn’t the run it was thick mud. Legs felt heavy from the word go and never really eased. Changed route in the end as was running short on time and cut across Fens to pick up the road home. Have never been so pleased to see tarmac in my life! Really hoping the weather eases a fraction for the next 3 runs 13 °C, 33km/h WSW, 80%

Third run in my block of five and after the last two epics in mud and gales decided to slip on the road shoes for an easy cruise around Ely. Settled into a 5min/kph pace and felt great, with HR around 140bpm. Back into the wind, which had dropped significantly but still felt tough. Pace starter to drop off a little around 8km but stuck in some off road for final drag back home. Over half way through now. One final push tomorrow morning and hopefully will be pretty much there. 4 °C, WC: 0 °C, 22km/h WSW, 63% 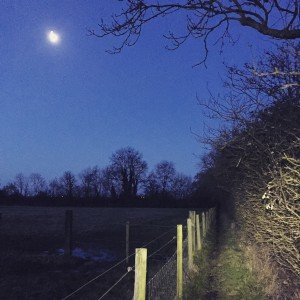 Fourth run and through the fifty mile mark. Mixture of trail and road this time, wind eased loads but trails still wet and muddy. Ran with fully loaded race vest and this combined with fatigue and underfoot conditions kept the pace down a bit. Crisp clear morning, with a stunning dawn when it arrived. One final short run to go to hit the planned 90km mark this evening. 3 °C, WC: -1 °C, 22km/h W, 80% 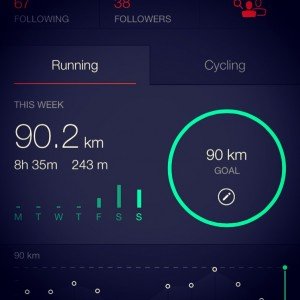 Final run of the weekend and only 8km required to hit the planned 90km. Feeling good so strapped on the road shoes and let fly, nothing like running hard on tired legs to build strength. Pace not super quick but still pleased to go through 5km in 22:22 considering fatigue in legs. Eased up a little on return leg but still finished strong. Great way to finish the training block. Time for beer and ice cream and then let the taper commence! 8 °C, WC: 4 °C, 19km/h WSW, 76%

So that’s the final batch of running training complete for my next Ultra, with the taper officially starting on Monday 19th January.  The aim will be to back down the run mileage to less than 50km per week, while keeping in the intensity.  I will also start to build up the bike a little on the turbo and also use the swim as I can.

Finally travel and work commitments means that this week will pretty up in the air, so will need to play it by ear – which is not a bad thing.  At this stage my outline plan is as follows