Welcome to my training report for week commencing 2nd March 2015. Part of a series of weekly reports, briefly summarising my training during that week and plans for the following week. You will find the vast majority of my workouts published through my Strava, Runkeeper and Movescount accounts. Where applicable I have provided direct links to specific workouts on Strava below, should you wish to see more detail on them. OK so lets get into i.

This was going to be the final week of heavy running before starting my two week taper into the Hardmoors 55.  Following illness in the previous week, I started the week with a double run day to complete the running that should have been undertaken the previous weekend.  All in all very good, with 36 miles of running in less than 24 hours.

Was quite tired after that, so knocked the running on the head until later in the week, instead focussing on strength sessions, with a TRX session thrown in for good measure.  The original plan had been to do a last double run weekend but instead I decided to reduce this back to one final 2-3 hour run and then start the taper a 2 weeks out, with a full weekend off running.

Not sure how well this will work but after carrying fatigue into the last two ultras I have raced, I am keen to minimise the load as I head into this one and instead focus on feeling fresh and ready to go on the start line.  Truth is if I don’t have the fitness in me already to tackle the Hardmoors 55, one final long run 2 weeks out won’t help matters. 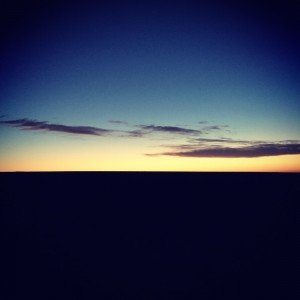 Feeling a little better so headed out early to try and catchup on lost ground from weekend. First of two runs today, with another shorter lunchtime run to follow, giving a total of nearly 60km running in 24 hours. Very cold out and legs felt heavy after yesterday’s trail run. Maintained a steady MAFF heart rate throughout, pace dropped a little towards the end but to be expected. Looking forward to breakfast! 3 °C, WC: -1 °C, 19km/h WSW, 80%

Dropped in a double run, to get mileage in and make up for missed run over weekend. Felt good heading out until head and side winds were hit. Brutal! Way stronger than this morning and battering me about. In return run when I managed to get a tail wind for a short section it blew me along between strides, pretty strange sensation. Legs felt ok but started to need food after 5km. Ate an energy bar and was able to complete at ok pace and in good form. 36 miles in less than 25 hours, so fitness looking good. Time for food, lots of it! 7 °C, WC: 1 °C, 41km/h W, 61%

Morning TRX session, with 2.5km warm-up and cool-down runs either side

Easy recovery run, running at or around MAFF. Legs felt very heavy after yesterday’s TRX session but eased through run. Super warm, so ended up stripping off layers and shoving down tights. Ended up with an enormous looking ar$e and was getting strange looks. Pleasing to be able to run at around 12kph with low heart rate, so looks like base work is paying off. 8 °C, WC: 5 °C, 13km/h W, 67% 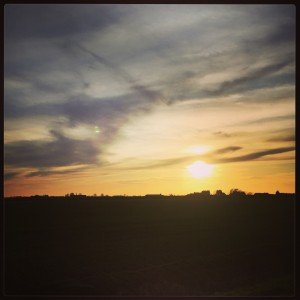 Last long run before the start of my two week taper, decided to head out across the droves north of Downham for a change. Yet again, pleased to hold a 12kph off road at an easy HR, despite wind and mud. Short on time, so once through 22km started to push the pace a little to get back for Boys bedtime. Had to break out the headtorch for final couple of km as needed light to navigate mud. Let the taper commence! 13 °C, 28km/h SW, 49%

In the last week there was 9 hours of training, with a TSS of 721.1 and total distance of 79.3km broken down as follows:

So we are now into the taper and as previously mentioned, I am keen to maximise this as much as possible, to ensure I am fully fresh on the start line.  I will drop the running back to around 50km this week, with a hill session at the beginning to throw in a little intensity.  I will also include  a endurance turbo session to keep the legs spinning but without the impact from running.

Core strength will once again be a focus, with a number of sessions and also a TRX session mid week.  Finally two complete days rest will also be included.

Here is the plan for this week

A New Running Approach Towards The Bigger Picture