Firstly apologies for the long absence from this blog, hopefully this post will go a long way to explaining the reasons behind this.

In my last post I quickly outlined the issues I experienced in the weeks following my last ultra marathon. Unfortunately Plan B and C were soon out of the window and before long I was on my second course of antibiotics, taking 2 complete weeks off training and ultimately not starting the North Downs 50 race.

This was a massive blow as it was a race I booked last year and had been really looking forward to but with the break I was hopeful I would still be able to run The Norfolk 100.

Once I had finished the antibiotics I slowly built my run volume back up, always fearful my body would fight back, as it had done the previous three times I’d tried to get back into training. This time however all seemed to go well and after an easy week of just over 20km I was back running strongly.

Runaround Scorrybreac on Isle of Skye

Two weeks of travelling with work and holiday with the family allowed me to get in some really good hilly runs in mid to late May, in some amazing locations, great for the soul and leg strength. Things were looking good!

However – and you can hear the but coming here can’t you? – all good things must come to an end and after returning from holiday I again contracted a bug from one of our boys which knocked me out for 48 hours and left with with a raging sore throat. Back to the Doctors I went and yes you’ve guessed it, more antibiotics, super strength this time with the course running right up until a few days before my next race!

My big frustration was that the illness came right at the end of my final planned block of training. After a couple of days rest I was aiming to hit two big days with back to back runs before tapering into the Norfolk 100 but those big runs were quickly shelved.

Terrible run volume during April and May 2015

My run volume had been pretty appalling since my last race and the training graphs made depressing reading, for me at least. While I knew I would never be able to perform in the Norfolk 100 to the level I’d hoped when I first entered, with a couple of weeks semi-decent volume I was hopeful I could at least reach the finish.

On the plus side it was just a sore throat this time around and within 48 hours I didn’t feel too bad, even if swallowing was still an issue. The antibiotics did their worst as always and I felt pretty lousy on them but after a few days rest I felt up to a run or two.

I was back running again, even if it didn’t feel great and my revised plan (is this Plan F or G now!?) was to try and get a final semi-respectable amount of volume in before having a weeks taper into the race. No need to worry about the taper I figured if you don’t have anything to taper off from!

My run home last Friday has to go down as my worst run ever! It was my fourth run in 48 hours and second run of the day. I was struggling to keep my heart rate low, the pace up and had that horrible sense of running through treacle. Its the closet I have ever come to binning a run and phoning home for a rescue pick-up by the family. Stubbornness or pride kept me going but I finally arrived home a despondent man and on the verge of withdrawing from the Norfolk 100.

I’ll be honest I am desperate to do this race! After the great experience doing The Peddars Way Ultra back in January and having had to withdraw from The North Downs 50 in May, I was loathed to throw another race entry into the bin. I therefore decided to give it one last chance before making a final decision.

After 48 hours rest I headed out last night for ten miles on the road. What a difference! It was an easy run, keeping my heart rate in the 140’s and while not earth shattering it was a world away from my experience on Friday and gave me hope I could at least consider standing on the start line under the Castle Acre Bailey Gate on Saturday at 7am. I even managed a 2km tempo effort at the hour mark and finished strongly with no ill effects over night.

My spirits lifted and I saw light at the end of the tunnel. Chronically undertrained I may be but my Norfolk 100 could be back on. Hurray!

So enough of my aches, pains and general woes, what about next weekends race? 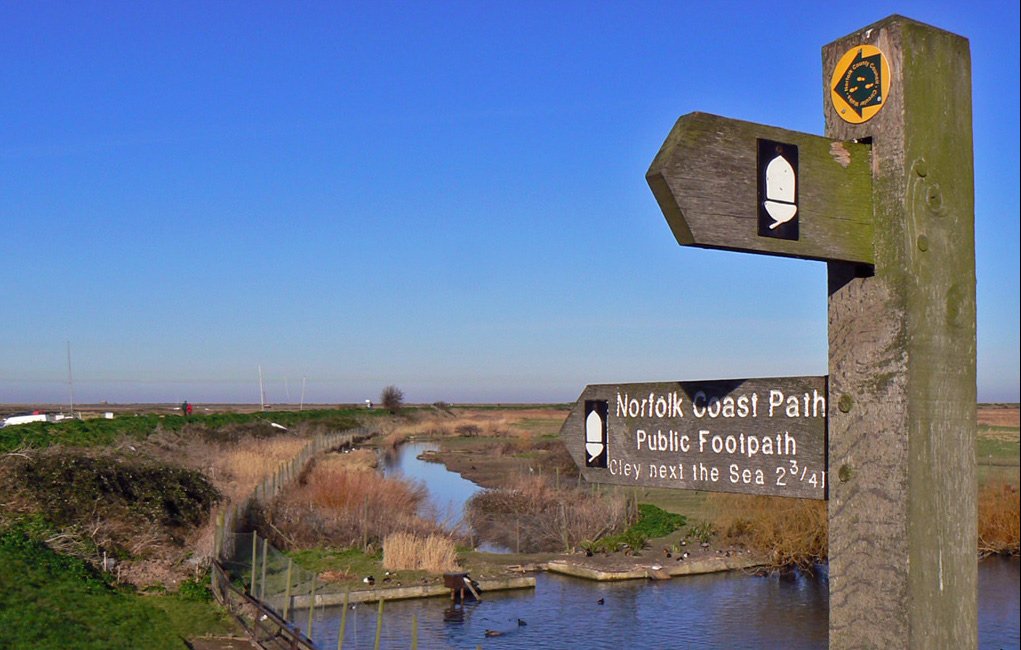 As previously mentioned, I had originally hoped to “race” this event. By that I mean get a good block of training in and aim for a time as close to ten hours as possible. That plan is well and truly out of the window!

So what is the plan now? Well if I’m honest it’s to stand on the start line on Saturday and just enjoy a long run. Quite how far that will be I have no idea and I am fully prepared for the fact I may have to withdraw at some point during the race. While I am desperate to finish the event I also realise my long term health and fitness has to be the priority for me and my family, so if in doubt I will withdraw.

I have set myself some mini objectives to keep me focussed, each of which will be an achievement in their own right considering the last 8-10 weeks. These are:

If I am totally honest, the probability of me finishing is pretty slim and my primary target is to make it through 50km if I can and will then take it from there.

I will try and travel as light as I can, using nutrition at the checkpoints as my primary source of fuel with top-ons in my race vest. My family will be along again to support me, so I will have the opportunity to call on them for assistance should I need it but hopefully they can just enjoy a day in the sun.

While I may not be racing this I am still taking the lessons learned from my recent races and applying them here. Good excuse to practice if nothing else! These are:

So there we have it, a semblance of a plan. If nothing else happens health wise than all being well I will be standing on the start line at 7am on Saturday morning for the inaugural Norfolk 100. Kevin and The Team put a great race on, so I’m really looking forward to it.

I will be carrying a tracker, so will publish a link later in the week to that. As always wish me luck, I have a feeling I will need it this time!

Long time no run, time for a Plan B and C!

Pre-race thoughts ahead of The HEINEKEN Race to The Tower