My plan was always to treat this year as two halves. I booked up a number of races for the first six months, culminating in the Norfolk 100 last month. Following this I planned to take the summer off from racing and if I felt up for it, enter a few additional races in the Autumn.

Well within weeks of completing the Norfolk 100 I was chomping at the bit and eager to get something in the calendar to focus on. I have a real love for the mountains and quite an extensive mountaineering background, before getting into multi-sport and endurance running. As such I have been keen to have a crack at an ultra marathon in a mountain environment, ideally The English Lake District, which for a number of years was like a second home for us both.

Late night chats with John and Simon saw travel and accommodation plans quickly hatched and before we knew it we were booked and ready to go! 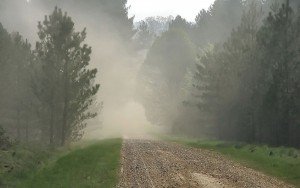 Coming a month after The Cumbria Way Ultra, I should be able to sufficiently recover and get around the course in a “reasonable” time. Being local it also offers another opportunity for the family to come and join me if they wish.

So there we have it. Two more ultras for the year and time to get back into training. I’m really looking forward to both races for different reasons and can’t wait to toe the start line in the Lake District with John and Simon in September.

As always, wish me luck! I will be sure to keep you updated on my training, preparations and the races themselves here on the website.

Thoughts ahead of the LDWA Winter Poppyline

Some (brief) Pre-race Thoughts on The Berghaus Dragons Back Race

A difficult decision finally made!