One of the benefits of my job is that I get to travel the length and breadth of the country meeting clients. This means a lot of time on the road, which while not great for the hip flexors, does open some great opportunities to go exploring and sneak some runs in.

Why spend the evening stuck in traffic or in a dreary hotel room when you can pull over, hit some new trails and let the traffic subside? Better for the body, mind and soul.

Last week I had a road trip planned which took in both the south coast and Manchester. There would be some long days on the road but along the way I’d pass by some great locations to get out and run, so after a quick check of the map and guidebooks a plan was formed.

My first meetings were in Bournemouth and Poole. I traveled down the night before, as I needed to head north to Manchester following these meetings and even I’m not mad enough to drive Cambridge to Bournemouth and then Manchester in one day. The South Downs Way stood out as a the perfect location to stop for a run, an hour out from my hotel.

As luck would have it it turned out to be the hottest day of the year so far and as I drove past Heathrow my car temperature sensor hit 37 degrees celsius. I started to question the logic of my plans! 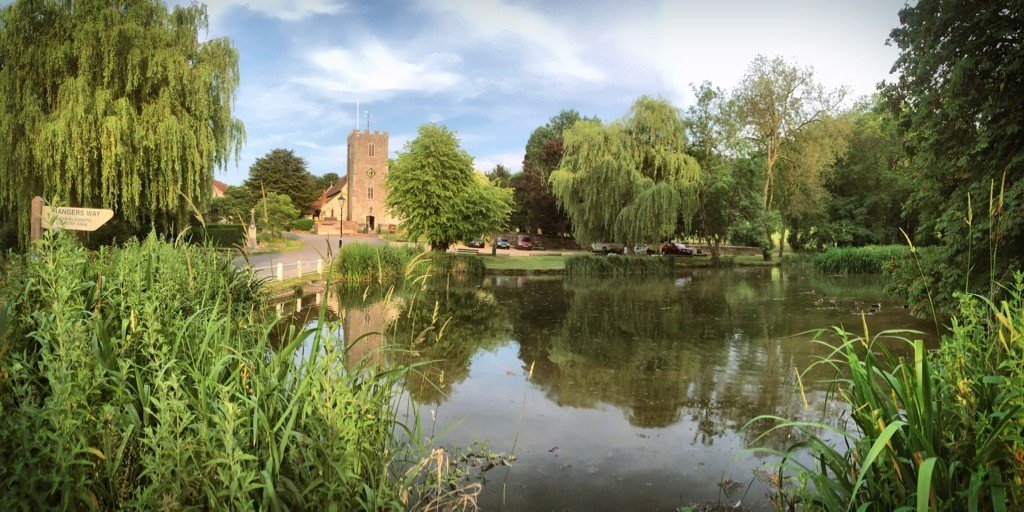 The car park at the start was a picture postcard location in front of a pretty church, with mature trees and duck pond in front of it. The temperature had cooled a little and I layered on the suncream (better to be safe than sorry), geared up and headed out with a litre of water in my race vest.

It had become quite hazy and while still hot, was lovely weather to run in and with hindsight I could have got away without the suncream. The sun was setting by now and I regretted my decision to not bring my low light lens for my sunglasses, conscious I would be running through the woods at the end of my run.

Sunset over The South Downs Way
My pace was getting stronger as I headed back to the car and I pushed it a little to make as much of the light as I could.

I flew down Buster Hill and back into the woods, eventually having to take my lens out of my sun glasses so I could be sure of my footing in the gathering gloom. I finally arrived back to the car, threw some food and water down my neck, stretched and changed before hitting the road to the hotel. First run of three in the bag and what a great way to start! 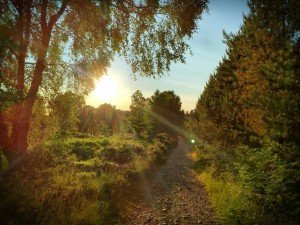 Sunset over Cannock Chase
Following my meetings on the south coast I’d originally planned a run along The Ridgeway in Berkshire. I was later than expected hitting the road and with my hotel for the night in Manchester, I quickly changed my plans and headed for an old favourite, Cannock Chase. This would enable me to get more road miles in the bank before I stopped and put me just over an hour away from my hotel after my run.

I arrived at the visitors centre just after 20:30, quickly changed and hit the trails, conscious I had just over an hour of daylight left.

I headed out across The Chase before returning through the woods to make a lovely 14km loop. After a wet a dreary day on the south coast and the heat of the previous day, it was nice to be running in the evening sun with a freshness to the air.

Sunset over Cannock Chase
My pace was pretty good, considering the time in the car and the previous days run. The highlight, other than the scenery of course, was overtaking a mountain biker while running uphill back towards the car, much to the embarrassment of the biker.

Running around The Lake at Clumber Park
Another change of plan. Originally I’d hoped to stop and run the Edale Skyline at lunchtime on my way back to Cambridge. The higher temperatures had returned and again I was keen to get more road miles in before I stopped, so I switched to Clumber Park, a new run location for me.

I parked in the National Trust Visitors Centre, pretty steep at £6.80 but free to members which fortunately we are. I was geared up and was soon heading out around the lake. Initially I was weaving through the tourists but as I headed away from the lake and through the fields, I was soon on my own and enjoying the sun, solitude and scenery. 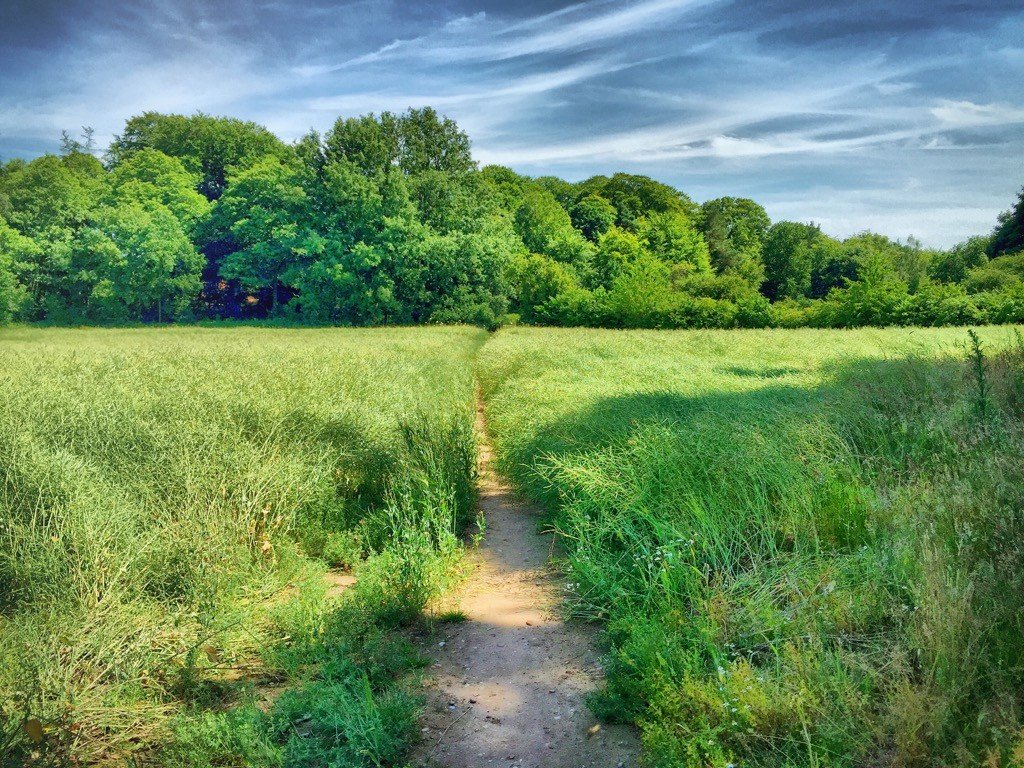 Heading across the fields at Clumber Park
Another great run in a new location. I slightly under estimated the distance and 10-12km soon became 14km and I had to push towards the end to get back to the car.

It was a long couple of days on the road, with some great meetings with clients and some superb running mixed in. Three cracking trail runs and two new locations, totally just over 50km in a little under 48 hours. Whats not to like!?

If you find yourself out on the road or away with work then I would encourage you to get the maps out and explore. There are loads of great opportunities to run on trails, just a handful of miles from the UK motorway network and it definitely beats a motorway service station or hotel as a location to break up your road trip.

My Goals and Aspirations for 2015