Descending Cleeve Hill
This week saw another work related road trip and as always, another opportunity to break up the monotony of the journey for a running adventure or two in some new and hopefully scenic, locations.

I was spending the night in Bristol, travelling down from Coventry following a client meeting. The Cotswolds was the obvious choice and a quick check of the map showed Cleeve Hill just outside Cheltenham as a great location to start my first run of the trip.

The Indian summer of the last few weeks had appeared to come to a sudden end that day, with torrential rain all morning and I was beginning to question the sanity of my plan. However as I drove towards the start the weather gods smiled kindly on me, with clouds clearing and the sun coming out.

The car park was pretty deserted and I quickly threw on my running kit and got ready to depart, anxious to make the most of the sunshine, with storm clouds still threatening in the distance. 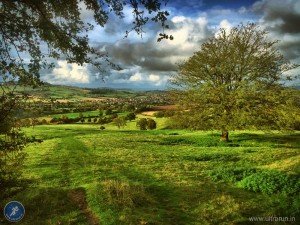 Descending to Winchcombe
I had a rough plan in mind, circling around Cleeve Hill and Common using stretches of both the Cotswold and Winchcombe Way’s but as always was happy to go with the flow and see what the evening would bring.

It was superb running, along trails, through fields and woodland and as the miles passed the clouds cleared to give a glorious evening.
I was running along the edge of the escarpment and keen to try and get some hill work in, so decided to drop down to Winchcombe before climbing back up to Belas Knap Long Barrow and continuing on my circuit.

What amazing fun flying down hill but what goes down must come back up on running circuits and I was soon walking on a few of the steeper sections, as the gradient kicked in. 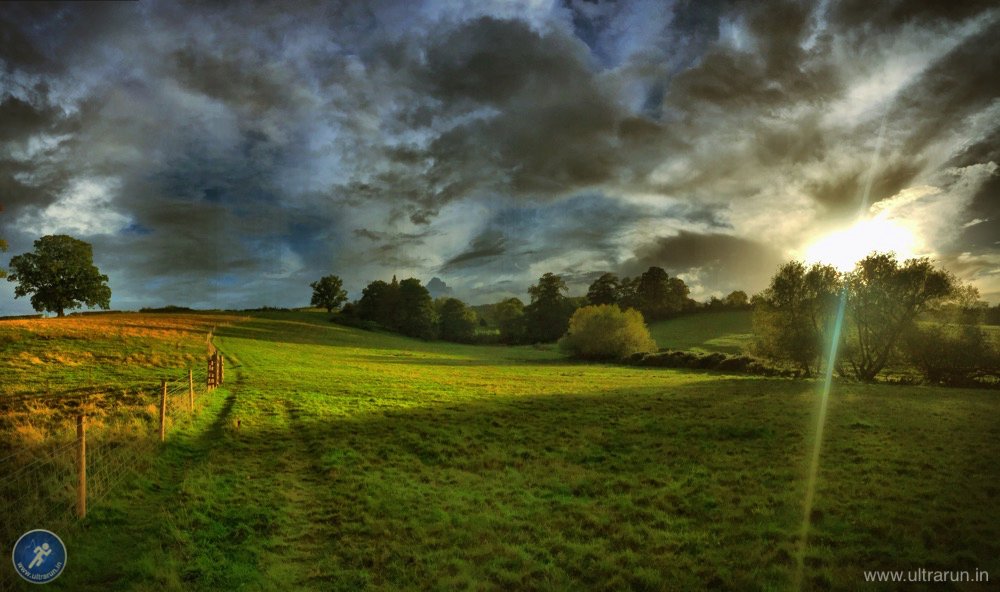 Climb to Belas Knap Long Barrow
The ground under foot was pretty good, with a few muddy fields thrown in for good measure to load the legs further. Eventually I reached Belas Knap Long Barrow and pushed on to the top of Cleeve Common, which was very reminiscent of the moors of North Yorkshire.

Once on the edge of the escarpment the views opened out showing Cheltenham and Gloucester below, with the sun gently setting in the distance.

I hadn’t packed my head torch, so there was no time to dawdle, so I flew along the edge towards Cleeve Hill, the high point of the run. 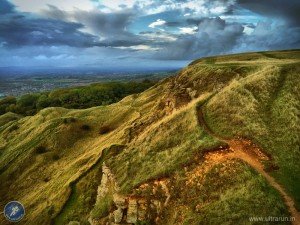 Technical Single Track on Cleeve Hill
There was some lovely rolling single track along the edge which I made the most of and really enjoyed. The summit was a bit of an anti climax after the single track but I was soon flying down the side and across the golf course back to the car.

A perfect run, in perfect weather and a great way to break up the journey and minimise time spent in a bland hotel room.

A good stretch, change of clothes and it was back in the car and on down the M5 to find some food and a much needed shower. 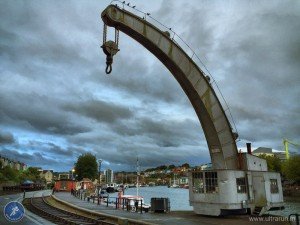 Running through Bristol Harbour
My hotel room was like an oven, so I was awake pretty early and out for my second run of the trip. I’d planned to follow my usual route out through Bristol Harbour and along the Avon Gorge, looping up through Leigh Woods (enjoying the mountain bike single track), before heading back over the Clifton Suspension Bridge and into the City.

My legs felt good and as I had some time to spare I decided to extend my run out along the Avon. Initially I thought I’d run as far as the M5 but soon decided to loop up through Pill before heading back to Leigh Woods, the single track and my original route home.

Some unexpected forestry work in Leigh Woods meant I needed to quickly change plans and I dropped back into the gorge to pickup my usual path up through the woods. Any excuse for more hills!

After half an hour or so in Leigh Woods I was heading across the suspension bridge and back down into town, weaving through the morning commuters. 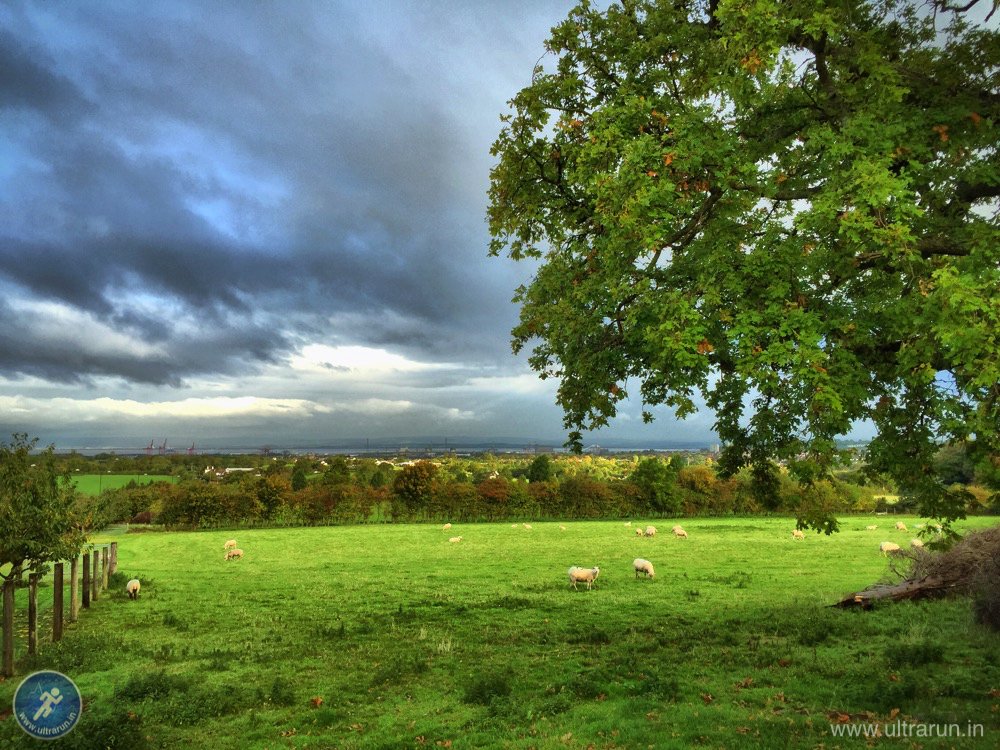 Field views down The Avon outside Pill
One of the great benefits of running from a City are the wide range of food options when you finish. A frozen yoghurt cafe just up the road from my hotel was too good an opportunity to miss, so I finished my run early and was soon tucking into a Berry Smoothie – yum yum!

Another great run, this time taking in a wide range of landscapes and terrain. From City, to Harbour, to river, to fields, to woods and across iconic landmarks. Whats not to like?

A short road trip this time but two great runs in under 24 hours with some nice hill work thrown in as well. I can’t wait for my next running adventure!

Pre-race thoughts ahead of the Kings Forest 50km

A Half Term Trail Run – Off Exploring The Fens