A Quick Review of My 2015 in Ultra Running 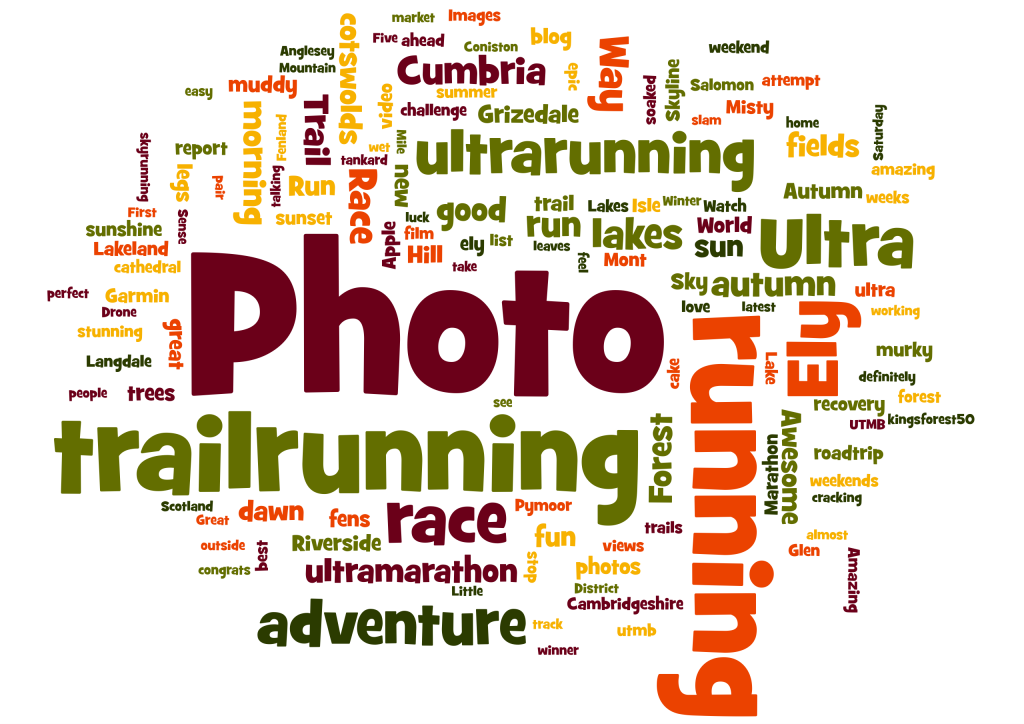 My 2015 Social Media Word Cloud
Well another years draws to a close and its time for my usual (well second anyway) navel gazing at how the past year went. For 2015, rather embarrassingly, I have the post I wrote back in January to refer back to and mark myself against. Short summary? Could do better!

Of the list of objectives I set myself for the year, I can only mark the following as being successfully completed:

The rest? Well some I’ve partially done but could do with more work. Many have had no attention all all.

Must try harder would be the honest summation of my efforts in 2015 against my original set of objectives!

That said for my first full year as an ultra runner its not been a bad year. I managed to compete in 5 ultras and also complete the Positive Steps PT Grand Slam as well, something I hadn’t planned for at the start of the year.

2015 began with the Peddars Way Ultra, which didn’t go according to plan, due largely to me starting the race overtrained and suffering throughout as a result.

Views along The Cleveland Way
I then dropped the Hardmoors 55 into my race calendar at short notice and as it turned out was one of my best races of the year. Although the finishing time may not have been stellar, I approached the race with a much more relaxed attitude and as a result managed to get into the zone and run and run and run.

Spring 2015 was a real low point, with a stubborn viral infection which dragged on through April, May and into June and I just couldn’t shift. This led to one race being missed (North Downs 50km) and me eventually starting the Norfolk 100km in June totally undertrained.

Sunset over the Northern Fells
I was totally amazed to be able to complete the Norfolk 100 and after a weeks recovery was back in training. I then managed to put a great block of 12 weeks into my build-up to The Cumbria Way Ultra which went very well and was probably my other real success of 2015. It was my furthest race to date and despite some blood pressure issues at the finish line, it was a really enjoyable day running over some challenging terrain, through a part of the world I adore.

My final race of the year was the Kings Forest 50km. This was another late addition to my race calendar after the Norfolk 100 as completing this would give me the Positive Steps PT Grand Slam. 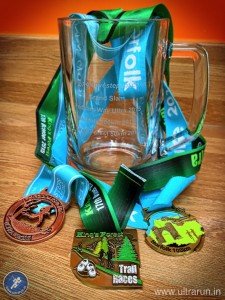 Positive Steps Grand Slam 2015 Tankard and Medals
Fatigue from The Cumbria Way and a chest infection in the days leading up to the race, meant I missed all my pre-race goals. I still managed to finish though and picked up my grand slam trophy, which was a cracking way to finish the racing year.

The website has gone from strength to strength over the year as I’ve found my feet and got into a blogging routine. I backed off from my weekly training reports when I was ill in the spring. This was partly due to the limited amount of training I was doing but also because I was feeling they were getting a little repetitive. For 2015 I may look to do a monthly post summarising how my training has gone and plans for the next month.

I was also extremely proud to be shortlisted for two awards, the second of which is still receiving votes until the 17th January, so if you could spare time to register your support then I would really appreciate it.

Finally 2015 has been the year where I have really worked hard on my photography while out running, with lots of positive feedbacks from friends, fellow athletes and race directors.

This culminated in my photographs being used to illustrate the Cumbria Way race report in the recent issue of Ultra Magazine. It was a massive honour to be included in such a great publication and this is an area I would really like to pursue more in 2016.

To finish I thought I would include some high level stats for 2015. You can see the majority of my runs over on my Strava page but here is a quick summary of the year:

Even better here are the stats as a cool infographic, courtesy of veloviewer.com. 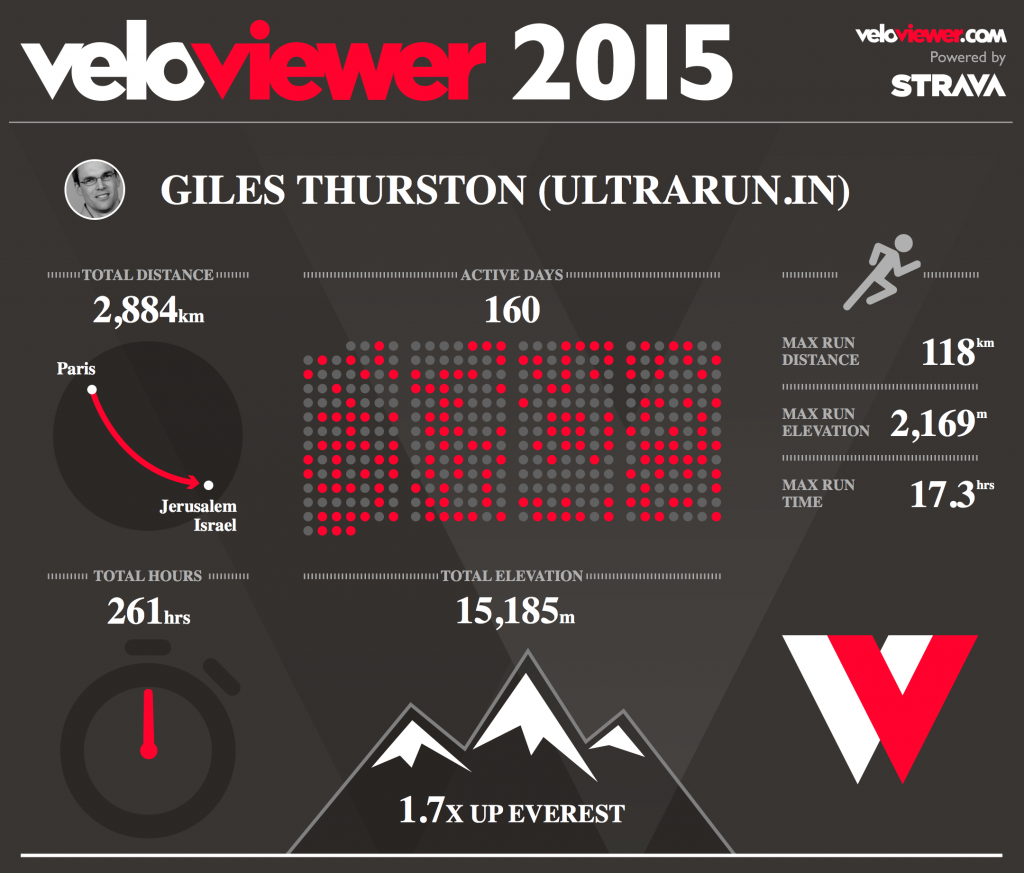 My Strava Stats for 2015, courtesy of veloviewer.com

So 2015 was an ok running year, lots of highs but also some lows. I do feel I have learnt a lot though and am really looking forward to putting this into practice in 2016 when I will tackle my first one hundred mile ultra marathon. More on that in my next post!

Happy new year everybody and hope to see you at a race or out on the trails in 2016!

My Running Goals and Aspirations for 2016