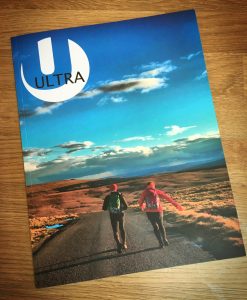 Cover of Issue 5 of Ultra
Well I can’t believe it, the news and issue are finally out and I am totally stocked to see my photo from this years Fellsman as the cover of the latest issue of Ultra Magazine.

I’ve known for a quite a while now but still didn’t quite believe it until the issue finally hit my door mat on Saturday morning.

The shot in question was taken as we were leaving the Fleet Moss checkpoint and heading down the road for the crossing to Middle Tongue. Jen and Jimmy Garside, who’d I’d be running with that day, were walking just ahead of me. It was the sign that initially caught my eye and seemed to capture the essence of the day, with the constant up and down we’d experienced since the race had begun at 8am. That combined with the sun streaming across the scene, the road dropping away from view and colours in general, made it a shot I just had to take. I quickly reached for my iPhone in my race vest and snap, the moment was captured!

The next day as I processed my photos from the day I was pleased with the result but never in my wildest dreams considered it worthy of inclusion in the magazine, let alone its cover. This required the vision of Andy Nuttal, Ultra’s editor for this next step. 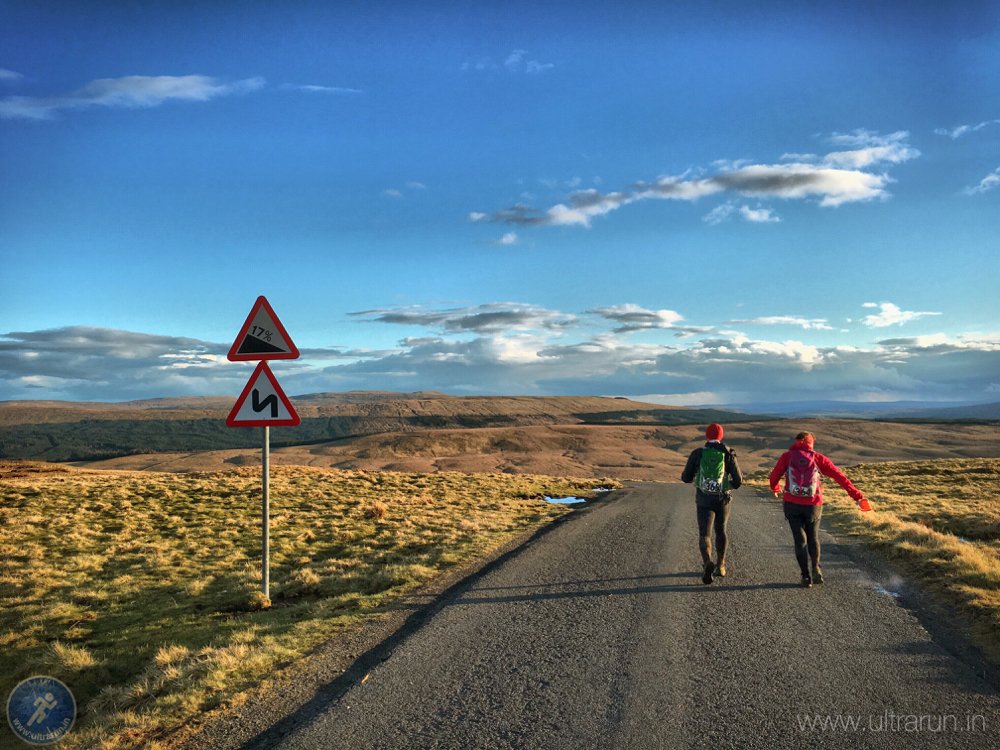 Andy approached me to ask if they could use my photos to illustrate Simon Franklin’s great article on The Fellsman, which is also in issue 5. I was more than happy to agree and duly sent Andy copies of all of my shots from the race. It was as he was going through these that the inspiration hit him. He asked my permission to try, which I of course gave with and the rest as they say is history.

To say I am pleased with the results it an obvious understatement. I am overwhelmed that Andy would consider this photo and extremely proud of the positive response it has received, especially from some extremely talented photographers in their own right.

As if the cover and the use of my photography to illustrate Simons article wasn’t enough, this issue has also marked my own debut as an author, with an article about my experiences at this years Peddars Way Ultra. As anybody will know who has previously read one of my race reports, I don’t tend to keep these things short. Rather than try and edit my own race report down, I decided to take a slightly different approach and pen something new. 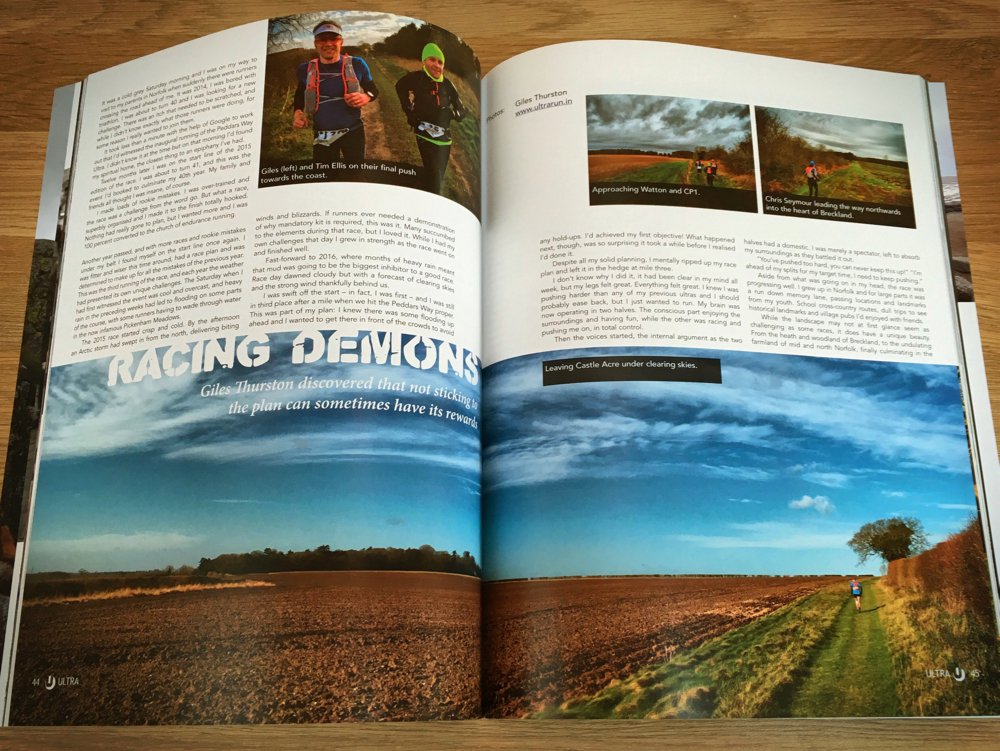 Racing Demons: My Peddars Way Article in Issue 5 of Ultra

I have to say I was unsure initially but with encouragement from my wife I submitted it for editing. Now reading it in print I am pretty pleased with the results, hope everybody enjoys it and can take something from it to use in their own races.

Putting my contributions aside, Ultra Magazine is an awesome magazine which pulls together some fabulous writing and photography from across our great sport into a quarterly publication which is a joy to both hold and read. I congratulate Andy and The Team on all the hard work they have put into creating this magazine over the last twelve months and would encourage anybody who is yet to sample it to order a copy and give it a go. Oh and no I don’t get any commission for suggesting that 🙂

Personally I am honoured to have been able to make a number of small contributions to this project over the last twelve months and look forward to seeing this publication go from strength to strength in the years to come.

My Running Goals and Aspirations for 2017

Get involved with The Montane Spine Race Film in 2015