Running into Autumn, a quick update on my approach to The Spine Challenger

Its been a while since I've written here, too long, so I thought it was worth giving you a quick update on what I've been up to in the months since Lakeland 100 and my plans for the remainder of 2016.

As I wrote in my race report, Lakeland 100 was an emotional experience for me and took some getting over. While I bounced back pretty quickly physically, I still cut out all structured training for the whole of August, just running for fun as and when I wanted to.

September arrived and my thoughts turned to my next running objectives. I'd already decided to try and enter Lakeland 100 again, feeling I'd unfinished business with the course and that the sub 30 hour finish I'd originally trained for was definitely achievable. I was fortunate enough to get a place in the 6 minute scramble in early September, so that was 2017 all sorted!

I was scheduled to take place in the inaugural King Offas Dyke race during September but took the decision to withdraw shortly after Lakeland, due mainly to work commitments. It was a tough decision, made harder by watching this spectacular race unfold from afar but definitely the correct one.

My running throughout August was great fun and I managed to get some superb runs in on the Southwest Coastal Path, while on holiday in Cornwall with my family. Some amazing terrain and scenery and I'll definitely be back down there to take part in a race or two in the years to come. Hats off to Damian Hall for his amazing FKT (fastest known time) along the entire 630 miles of the path back in May this year. 10 days, 15 hours and 18 minutes is an unbelievable time!

As August drew to a close I slowly switched my focus to my next race, The Spine Challenger in January 2017. During September I started to put some structure back into my training, building the volume back up to reach my first peak week at the end of the month. As October began I felt like I was back into the swing of things training wise and my focus turned to kit for the The Spine Challenger, with my first priority deciding which pack to use for the race.

Commuter runs are a perfect opportunity for this, allowing me to get around 25-30km in each day on a mixture of road and trail. I'm now back doing at least one of these a week and have slowly lifted the pack weight towards the 7kg I think I'll be carrying during the race itself. I've narrowed my choices down to either my OMM Classic 25 or Ultimate Direction Fastpack 30. I'm planning some more test runs over the next couple of weeks, hopefully making my final decision in early November.

I'll be honest this race does slightly terrify me. As a winter mountain leader I know I have the experience to cope with travelling across this kind of terrain in January. However despite having run the Lakeland 100 this year, the enormity of the event is still pretty intimidating and hats off to those doing the full Spine Race, something I can't even fathom attempting at this point. 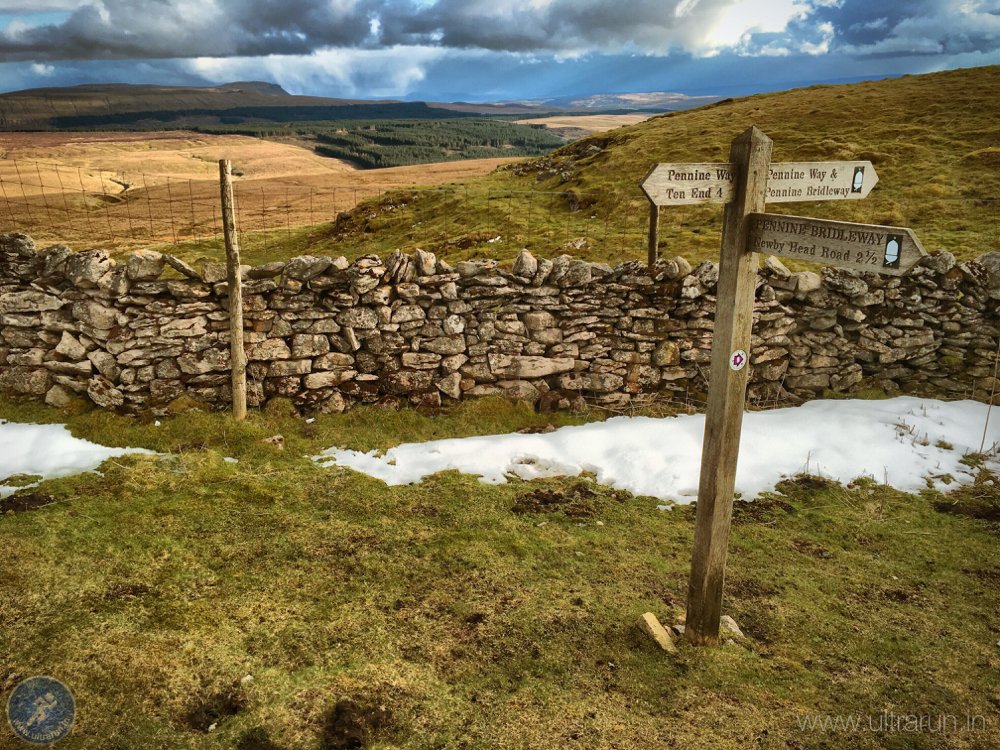 Sneaking bit of Spine recognisance on the way to Dodd Fell (CP14)
Putting the winter conditions to one side, one of the other stand out features of the race is the enormous distances between the checkpoints when compared to other races. The Spine Challenger for instance only has one major checkpoint along the entire 107 mile course, at 46 miles, where you can access your drop bag. Between there racers are deemed to be self sufficient, with the occasional safety checkpoint thrown in and a low key 1.5 checkpoint at 84 miles at Malham Tarn.

We're allowed to use shops and pubs to replenish supplies and many racers will be fortunate enough to have crew which can also assist them. Its likely that I will be running this unsupported, so I will need to plan my stops accordingly, with water being my primary concern. Unfortunately I won't have time to be able to head up and reccie the course or attend any of the training events before January. Time to hit the maps and blogs to get a feel for the route and work out where I can hope to access water and additional food.

So the remainder of this year will be focussed on finalising and testing all of my kit, and getting used to running with it on my back. I hope to try and sneak an upland race in before Christmas as a final test but this is yet to be confirmed. I have my training plan sorted out, know what works for me and will trust that it will have me to the start line in Edale in the best shape I can be come Saturday 14th January 2017. 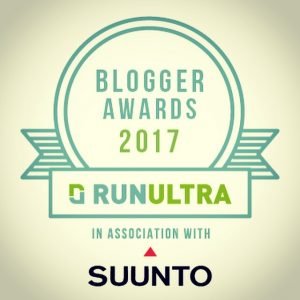 Nomination for RunUltra Blogger of the year 2017
In other news I have been asked to join the running editorial team of the website Myoutdoors.co.uk. This is a great honour and one that I am really looking forward to. Watch this space for upcoming kit reviews and feature articles that I've been working on.

Finally I'm really proud to have been nominated for the Run Ultra Blogger of the year award for the second year running. There are some superb blogs on the list and its a real honour to even be mentioned in the same breath as them. If there is a blog you regularly read and think should also be on the list, head over to Run Ultra where details of how you can nominate blogs have been included.

Well that's it, a whistle stop tour of the last few months. Hope you all had a great 2016 season and good luck in your remaining races this year. There is now less than three months to go until The Spine Challenger and lots of work still to do. I'll keep you updated on how my training is progressing and final kit choices as I make them.

A Runners Guide to Head Torches from Petzl

My Nutrition, Demons and Me

A Short Chat About Ultra Running